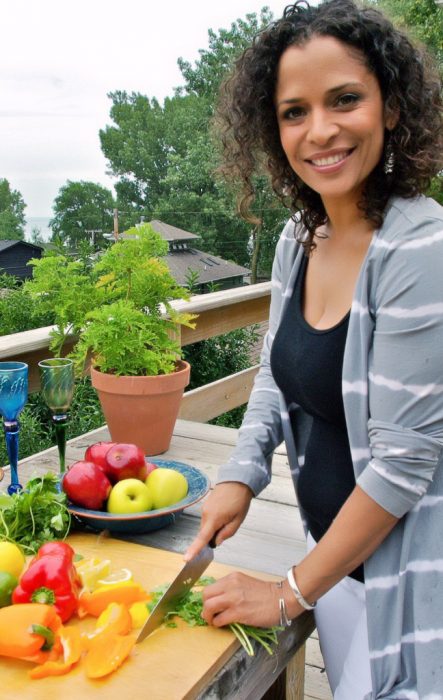 Marlena Attinasi has a passion for food and entertaining that she has shared for years with her friends and family. Food has been a passion of hers since childhood. She has been influenced by her multicultural upbringing with food being at the center of every gathering. These fusions of flavors and passion for fresh ingredients are deliciously executed in every MarlenaCooks Meal.

Born in New York City, where she lived for the first 8 years of her life, began the start of her multicultural influences in food. Marlena was raised in biracial household, her mother is African-American and father Italian-American. These two cultures have played a major role in her cooking style. In addition to these heritages, Mexican cuisine has also been an influence. Her parents lived in Mexico for two years, and her mother learned to cook Mexican cuisine. She also learned to make Italian food from her paternal grandmother, aunts and uncles.

Later her family moved to Gary, Indiana, where she learned a passion for cooking and entertaining from her maternal grandmother. In addition, every summer she helped her parents in the backyard vegetable garden, and learned the importance of fresh ingredients and healthy eating.

After graduating from Indiana University with a Mathematic & Science Concentration Degree, she moved to California and became even more immersed with the Mexican and Italian culture of her father. The recent collaboration in co-writing “Gloria Govan’s A Mixed Girl’s Favorite Recipes” is a celebration of Marlena’s and Gloria’s love for food, family and entertaining! These celebrations of flavors are now in every MarlenaCooks Meal. Cuisine that is healthy but not boring or lacking in flavor.